I have been waiting to type that for 5 months but Eagle building is done and the road access is almost finished too. The new owners are ready to move in and join the already thriving Navigator Park. 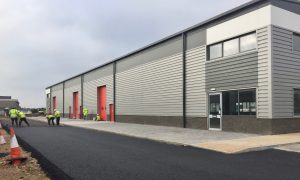 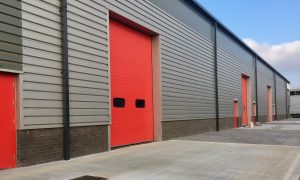 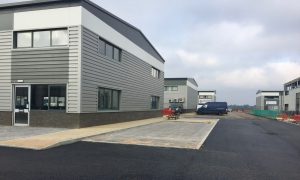 Navigator Park has been a great success with only 4 left out of 29 light Industrial units in the heart of the Solent Enterprise Zone.

She was initially laid down on 24 October 1942 at Harland and Wolff shipyard in Belfast as one of four ships of the Audacious class. These were laid down during World War II as part of the British naval buildup during that conflict. Two were cancelled at the end of hostilities, and the remaining two were suspended. Originally designated Audacious, she was renamed as Eagle (the fifteenth Royal Navy ship to receive this name), taking the name of the cancelled third ship of the class on 21 January 1946. She was finally launched by Princess Elizabeth on 19 March 1946.[5]